After suffering through the withdrawal symptoms of life sans Bachelorette for 2 weeks (shakes, night sweats, pondering what "the right reasons" are to willingly make out in front of TV cameras), last night ABC gave us a fix in the form of Andi and her 11 remaining suitors in Marseille, France.  Marseille is a quaint city known for its waterfront, cobblestone streets,  and ability to make American men get into arguments.  It was like Fight Club last night, if the first rule of Fight Club were "one person must debate another person and that person #2 must seem wholly uninterested." EXCITING!

Andi and her leather skirt (not doing anyone any favors) have a quick chat with Chris Harrison and his turtleneck (trying to go for a French look, no?) during which Chris asks Andi if she's in love.  She responds with her signature line, 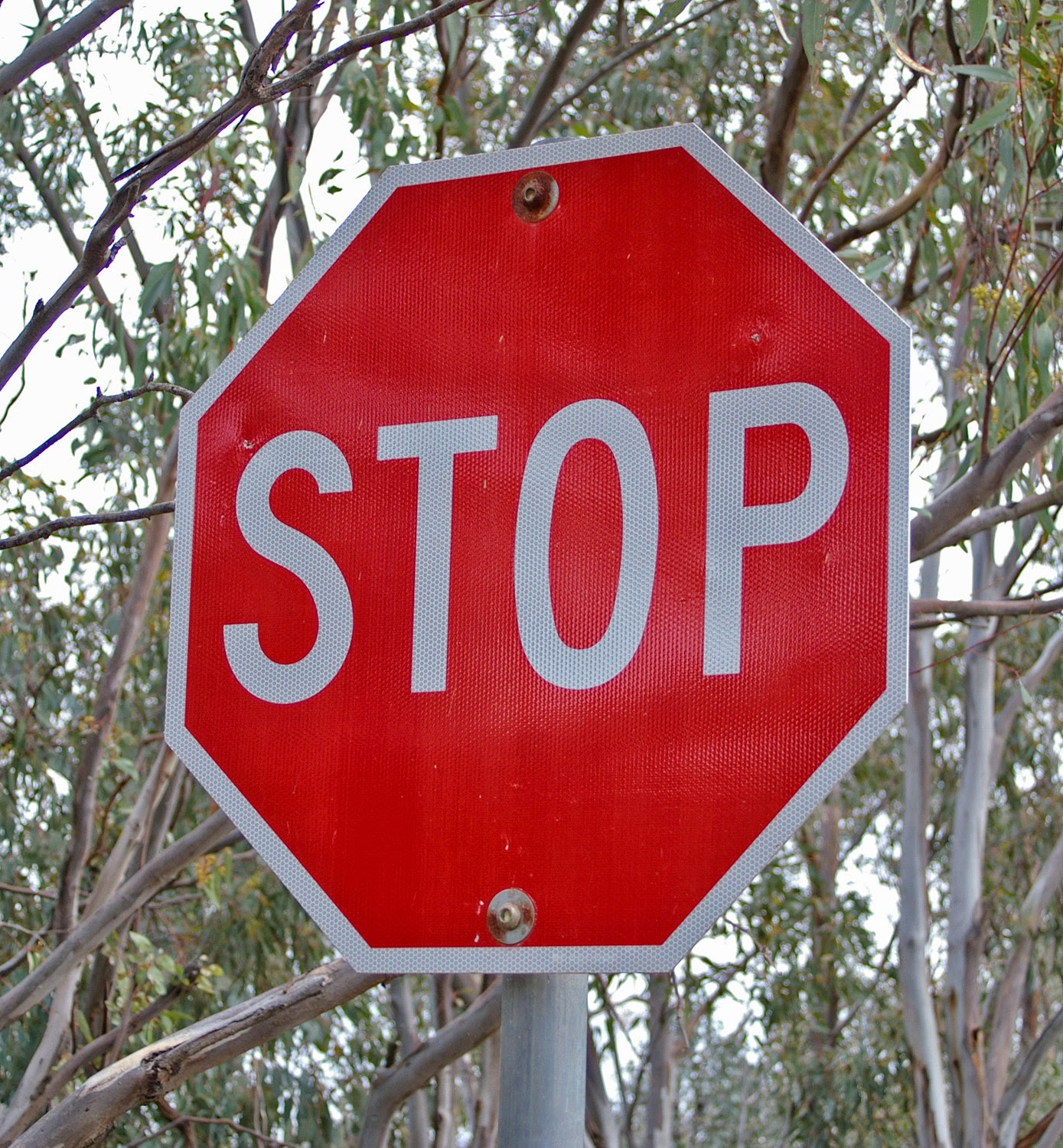 Oh, but we just getting STARTED!

Jason (former pro baseball player who apparently hasn't done anything since retiring from the Myrtle Beach Mermen) gets his first one-on-one and guy is touchy-feely like he's a 12 year old boy on his first PG-13 movie date.  Andi and Jason walk around Marseille then board a boat (cue signature Bachelor boast music!) where they snuggle, canoodle, and talk about the most important thing in Jason's life: his failed pro ball career. The boat takes them to The Calanques, a mountainous island, where they disembark for cocktails and more flirting.  They talk about traveling but somehow the conversation ends up back on his pro ball career.  Jason sure loves talking about a job that he held from ages 17-22.  To adopt Jason's style, let me regale you, dear readers, with stories of my summer temp jobs—those faxes weren't about to send themselves!  I got paper cuts all the time!  I had to wear pantyhose in the summertime and everybody knows that nobody wears pantyhose anymore!

That night Andi and Pretty Boy Kenny Powers clean up and eat dinner at Palais Longchamp (named after the bland bag that is somehow fashionable, I'm sure).

Over "dinner" (wine) they discuss infidelity, exes, and the repercussions of his pro ball career.  After that, Jason and Andi get a private concert from Ben Fields who is apparently a musician and yet not Ben Folds (Five?). Where DO they find these people?  I don't mean to judge Jason based on his good looks and waxed eyebrows, but umm…. F off, pretty boy ball player.  Jason scores a rose.

Meanwhile, back the house, JJ (Pantsapreneur), Nick (slow burn front runner who has gotten a bit smug), Marquel (playful hottie), and Brian (coach who is always in coach mode) talk about Andrew (black sheep of the season for scoring a hostess's digits and generally being a snake) and JJ says that in the first rose ceremony, Andrew referred to Marquel and Ron (the two black guys in the contest) as "blackies."  Ooof. That's super messed up, but I hope that JJ heard that correctly because that's a pretty bold assertion. Marquel  talks about how he feels and we have a pretty unprecedented moment for The Bach franchise: This show, which has been widely derided for its lack of diversity gives the lone remaining black suitor a soap box to talk about how it feels.  It was an intriguingly real and candid moment for a TV program that is mostly fluff.

But before we solve racial bias on The Bachelorette, it's time for some WHITEFACE because the group date activity is MIMING! Is there anything more stereotypically French than that?  What's the next group date, bicycling around the countryside while toting baguettes, smoking Gauloises, and rolling over to German invasion real quick?  A mime teacher (the only one in whiteface) instructs the gang about the ins and outs of miming, they suit up (stripes and suspenders!), and then they take their exaggerated moves to the street. Cody (Macklemore on Roids) makes a miming/Snoop Dogg joke, Marquel makes a baby cry, Nick sulks, JJ acts weird, and people of France hate the entire display (of COURSE they do).  I haven't seen a Bachelorette activity as corny as miming since the time when Emily and Jef put on a marionette show (and yes, everything about that sentence is sad. I'm like a Bach Encyclopedia over here.) 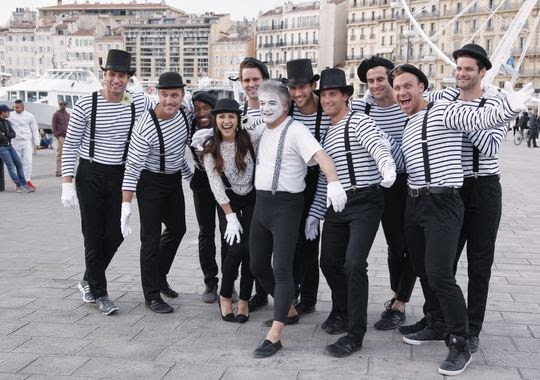 That night at the cocktail party Cody tells Nick that he's smug and arrogant (truth) and Nick acts as such.  Andi can feel the tension through her turtleneck and sparkly, white miniskirt and she discusses the house dynamics with a few men.  Chris and Cody are the 2 nicest guys in the house and they tell Andi that Nick's a bit of a prick, which must mean that he's a real jerk.  Andi confronts Nick and he owns up to being mean spirited (RED FLAG) then reads her a poem that he probably bought off a 6th grade boy with its repetitive structure and juvenile tone. Nonetheless, Andi kisses him and teases him for "causing a ruckus in my mind." Huh/blech.

Marquel calmly confronts Andrew about Blackie-gate and Andrew denies everything, saying that he would never say such a thing and he's being set up. JJ sits there and doesn't admit that he's the one who shared this information, then later he gets a rose because the rewards system on The Bachelorette is illogical and crazy!  Nick feels defeated and looks sad, which is a look that I love to see on a previously smug face.

Finally it's Brian's turn to get a one-on-one and their date is dinner and a movie, which Brian says is his favorite thing (and I believe him).  They watch The 100 Foot Journey and we watch them watch it, so we are in effect watching a commercial for this flick (in addition to the multiple actual commercials for this flick).  We get beaten down with metaphors about food, love, and memories as we watch Andi and Brian grocery shop after the film.  They head to her apartment where they cook and Brian stiffens up because he doesn't know how to cook.  The Bachelorette producers must have been hard up for drama (was 2 arguments not enough in this episode?) because they craft Brian's kitchen cluelessness as a major plot point and insinuate that Andi might eliminate him because he can't cook.  They sit down to eat the frogs' legs that Andi cooked and the food is awful, so they go out to dinner. Holy romantic comedy trope!  At dinner, Brian admits that he was feeling self-conscious and not confident, but he regains his swagger over beer and leads Andi into an industrial kitchen for a hot make out.  Not so scared of kitchens anymore, are ya,  Coach?  Brian scores a rose.

The next night it's cocktail party/rose ceremony time, but Andi vetoes the cocktail party.  She's rocking a seriously textured fishtail braid with some great volume and she's made up her mind.  Chris Harrison informs the posse that Andi will be sending 3 guys home and there will be no cocktail party.  Patrick refers to this as "devastating news" but it's probably most devastating to HIM, since all I know about him as of now is that he has slicked back hair and thinks that miming is hard.

The boys line up for the elimination ceremony—I mean, rose ceremony—and Josh, JJ, and Brian already have roses from their respective dates.  Who is safe this week?

-Marcus (he's nerdy but has great abs, which brings him back to zero)
-Nick (Who can resist a smug guy who writes bad poetry? EVERYBODY except Andi?)
-Chris (I adore the Iowa farmer and yes, I think his tractor's sexy)
-Dylan (You know it! He's handsome, easygoing, friendly, charming, and I'd like to see him in swim trunks a lil bit more please)
-Cody (Macklemore on Roids lives to see another week! I'm just as shocked as he is!)

So who is "hopping on a plane back to the U.S.A. that night" according to Chris Harrison (though we know the truth—those poor rejects will be stuck in a hotel killing time for another week or two at least)?
-Andrew (snake in the grass slithers off. Who will the remaining guys hate on NOW?)
-Marquel (super handsome, fun guy but he and Andi didn't seem to have a romantic spark)
-Patrick (about as interesting as a vanilla ice cream cone on a cold day)

Next week our crew of 8 guys and Andi travel to Venice where they encounter boats, lie detectors, and tears!
Posted by Selena Coppock at 9:01 AM