Tonight in the basement of Union Hall, I'm joining forces with a few of my besties to bring you a night of fantastic stand-up comedy.


And in the Village Voice:
An Evening with Wayne, Coppock and Gordon

Union Hall, Doors 7.30 p.m. / Show 8 p.m. $7
Three of the strongest young Brooklyn comics take the stage tonight, all stretching out to half hour sets. Matt Wayne pops and fizzes with zingers and old timey goofs, like his whole act is an audition to be your favorite uncle. George Gordon is one of the best out there at killing with cadence and laconic repetition. And Selena Coppock (author, New Rules for Blondes) is the dark horse audiences never see coming: a performer with unexpected tales of booze and G'n'R cover bands lurking behind that "elegant young lady" look.

Come on out to Union Hall (Union Street and 5th Avenue, Brooklyn) and get some cheap laughs!  Doors at 7:30pm, show at 8:00pm, tickets are $7 and life is good!
Posted by Selena Coppock at 7:33 AM No comments: 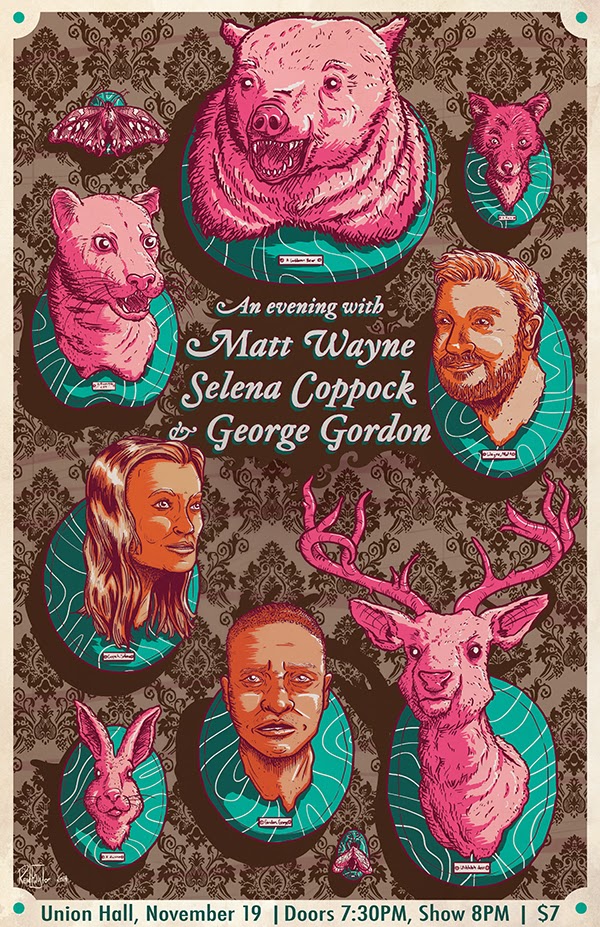 Posted by Selena Coppock at 1:52 PM No comments: