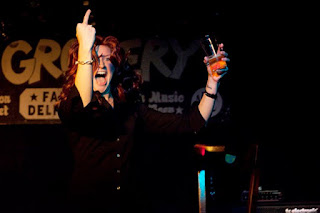 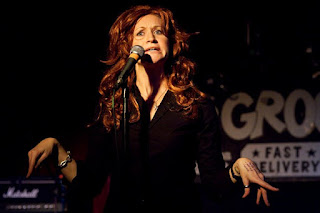 An Open Letter to Kellie Pickler:

Hey Girl—congrats on your recent engagement and upcoming nuptials (yes, I read too much US Weekly). I’ve always admired your American Idol spunk, and your fierce blondeness. Plus, it was admirable how you dealt with the your absentee father who walked out on your family, then tried to weasel his way back into your life once your were famous (my reading isn’t limited to US Weekly, as you can tell. Star is also in my arena of garbage faux news mags). And while I’m admitting things that will send me farther into social pariah-status, I’ll say that I really dig your song “Didn’t You Know How Much I Love You” off your most recent album, “Kellie Pickler.” When you force a drawl on the line, “You made looooove to maaaaaay” it makes me laugh, but I can’t deny that I like the song. I just have one bone to pick, Pickler (I deserve a swift dome punch for that lame phrase)- the CD cover look. It’s ridiculous. I give you this: 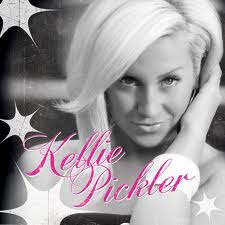 Kellie! This is your sophomore album, not an invitation to your Super Sweet 16 party! Text in pink AND cursive!?!? Is just one of those things not sticky sweet enough so you had to have both? And what is that on your wrist? Are you wearing a SWEATBAND? Is it 1983? No—you weren’t even born then! I always appreciate a head of blonde hair, but your color is essentially white and completely uniform. You need to give that hair some more dimension with some low lights and different tones, please. I beg of you. It also looks like your hair is a bit brittle and is overprocessed. Invest in some deep conditioner STAT, girl. Finally, star bursts all over the place? If you could bedazzle that CD cover and glue on cubic zirconia gemstones, I bet you would.

Posted by Selena Coppock at 3:02 PM No comments: 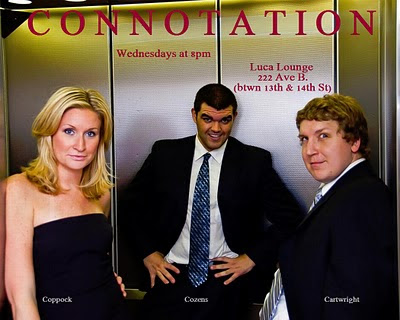 On Wednesday night (holy crypes that is tomorrow) Luca Lounge (Ave B between 13th and 14th) will showcase a night of comedy the likes of which have not been seen since LAST Wednesday night. "Connotation" the best (and only) Wednesday night show at Luca Lounge, is officially launching. It's a kickoff, people. We had a "soft launch" (picture a tiny kitten falling into basket of pillows) a few weeks back to get things going, work out any kinks. Now Dan Cartwright Adam Cozens, and I (the 3 C's of comedy) are ready to get this shiz GOING (picture a lion being dropped into a basket of bricks-- huh?).

We may have cookies (if I feel motivated tonight after I get back from an appointment. Yes, I'm going to leave it ambiguous to keep you guessing, dear reader), we will definitely have beer (hell yeah!) and we may have a cameo from an ex-boyfriend of mine (seriously--he's a dollface and we're buddies now, despite the fact that I dumped him in 2003 and regretted it within minutes--now we're buddies and he'll be in NYC on business).

The line-up is rad:

8pm - drinks and listening to Dan Cartwright's iPod (he needs your validation)
8:30pm - show
Do it up!
Posted by Selena Coppock at 12:58 PM No comments: