The Bachelor and Bachelorette franchises have been preaching the gospel of heteronormativity since 2002, but on Monday night, Bachelor Nation was given the gayest episode on Bachelor history.  Craig the overeager loser commented on the majesty of former baseball player Josh's body three times, a posse of professional male strippers put on a raucous show for Andi's beaus, and Chris said, "I could kiss you right now" to a guy carrying the date card.  Is this The Bachelorette or a summer share in Provincetown?

The episode opens with the 19 guys exploring the Bachelor mansion (who gets THAT excited about bunk beds?) then Chris arrives to map out the week's itinerary: 1 group date and 2 one-on-one dates.  Eric (the guy whose job is "Explorer") scores the first one-on-one date and Andi picks him up in a convertible, then they drive to the beach while Eric talks about camping with a witch doctor and driving a motorcycle across Africa.  We get it, buddy, you're well traveled.  Andi rocks a white bikini (the best bikini color of all time) and Eric shows off his body (nice) and gymnastic skills (a back tuck!).  A helicopter appears out of nowhere and whisks the couple away to a snow capped mountain where a snowboarding instructor is waiting for them.  Eric marvels at their move from sand to snow and continues reminding Andi that he travels ALL THE TIME.  Throughout the snowboarding portion both Eric and Andi adopt snowboarding vernacular, referring to this as an "epic date" multiple times.  That night they sip wine by a fire and Eric talks about almost dying while working as  journalist in Syria (a move that Chris Harrison might call "unprecedented" since Bach seasons seem to exist in a vacuum with no current events or talk of political unrest).  Eric scores a rose.

The next day is a group date and the crew is Brian (youth basketball coach who came out the womb a youth basketball coach), Marquel (black & white cookie peddler), Bradley (Opera Man), Craig (Overexcited Loser), Brett (lamp carrying hairdresser), Patrick (slicked hair forgettable guy), Cody (who gets bigger and tanner by the day), Carl, Tasos, Josh, Marcus, Nick S, and America's Masshole sweetheart, Dylan.  Craig squeals that he loves Andi and he's officially the kind of guy who gets your number, then texts you 5 times that first night and you immediately regret talking to him.

Andi and the boys gather in a nightclub for a male strip show (I'm telling you, this season is like Bach: Pride Week) then discoverer that they will be learning "male exotic dancing" and the auditions start NOW.  Marcus is a standout so he gets a solo dance, Nick the golf pro is a loser so he is assigned the Robot costume (a male stripper look on par with the time I saw a guy strip out of a Riddler costume at a bachelorette party in Vegas.  Cause nothing turns out the ladies quite like Batman villains!).  The rest of the guys are costumed as Army guys (nice!), Cowboys (ride 'em!) or Firemen (sorta awkward for Carl who works as a firefighter in real life. Talk about taking your work home with you!).  Andi's gal pals show up and they are ladies from the last season of The Bachelor (cause who needs REAL friends?): Kelly (super opinionated girl who was forced to dress up as a dog last season) and Sharleen (classiest girl in the world who walked out on Johnny Pabs).  The strip show is hilarious and it's all for charity, so even a good Catholic boy like Brian the youth basketball coach can strip with a clear conscience.

At the after party Andi is wearing a killer, low cut black dress and smokey eyes.  Craig is ready to drink ("can we do a cheers so I can have a drink of this?") and proceeds to get sloppy, sweaty drunk as Andi converses with the non-booze hound guys.  Josh plays up his pro sports past while insisting he's more than just his pro sports past (this guy is Kenny Powers with waxed eyebrows) then Bradley serenades Andi with an opera song by the fire and somehow she doesn't get dumb chills. Eventually Craig gets some regrettable face time with Andi and it's hard to watch.  He's sweaty and sloppy and kicks off the conversation by asking our bachelorette, "what's the worst thing about your parents?" Is this a date on The Bachelorette or at a middle school dance?  He then proceeds to jump in the pool fully clothed (later accompanied his loser robot friend Nick) and is finally isolated by Bachelorette producers.  This prompts a crisis of faith in Andi that makes for a great storyline and prompts the age old (in reality TV years) question, who's here for the right reasons?  Marcus's solo strip show pays off, as he scores a rose.

The next day Chris (Iowa farmer who is a cornfed hunk) has a 1:1 date with Andi and they watch horse racing at the Santa Anita Park.  Andi looks amazing in a retro glam dress, cat eye liquid liner, and bold lip and Chris picks out a super cute suit and bow tie.  They place bets, talk about marriage in the VIP suite with a long married elderly couple who just happen to be there, and drop far too many metaphors about winning the game of love.  That evening Chris opens up about being engaged years before and how much he adores Andi.  This guy doesn't have a false bone in his body and his genuine candor is refreshing and sweet.  He scores a rose, but there's another surprise!  A  watered down Mumford & Sons called This Wild Life performs a private concert for Chris & Andi while they dance and make out on a tiny platform.  The music is extremely awkward for the situation, asking "am I mean to be alone?" as Andi and Chris try to shout over it.

Finally, it's cocktail party time and Andi is rocking yet another fantastic dress like a brunette version of Elvira Hancock from Scarface.  The guys pull out all the stops to bond with her: a puppet show (seriously, what?), some plate breaking (is that your hobby?), and even a sweet fake date card situation cooked up by Nick V. (known last episode only by his short pants).  Marquel's affinity for patterned shirts and ties is spiraling out of control and Josh does an elaborate monologue in which he purports to be love struck by Andi, but I think he's just manipulating her. Craig (Overexcited Loser) attempts to redeem himself by serenading Andi with an acoustic guitar number and song asking her to "please let me stay." Guy, if you're interested in Andi, maybe phrase it as "please let me be with you" not just "please let me stay here in these cool bunk beds with all my pals and The Total Package aka Josh!"  Dude is straight up dumb.

Before we know it, judgement time has come!  Explorer Eric, solo stripper Marcus, and Farmer Chris already have roses, so they are safe.  Who's hearing the sweet sound of his own name?
-Ron (seems low key and he's playing his cards right, obviously)
-Dylan (heck yeah! He's a slow burn but it will pay off in the end!)
-JJ (the Pantsapreneur is still in the game, despite being an effeminate loser who called himself a "Pantapreneur")
-Marquel (looks like Andi digs a guy in mismatched patterns)
-Andrew (didn't have any dates this week and is highly forgettable)
-Tasos (he's got some smooth dance moves, perhaps too smooth)
-Josh (I don't believe a word out of this guy's mouth. Nice pink tie, buddy)
-Cody (aka Macklemore on Roids)
-Nick V. (guy who seemed like a nerd at first but has turned out to be pretty great. Wait, is that how guys work?)
-Patrick (slicked hair will slip outta here in a few weeks, I bet)
-Brian (basketball coach is almost as earnest as Chris)
-Brett (somehow the mulleted hairdresser is still in the game—he'll be back at his hometown SuperCuts within weeks)
-Bradley (Opera Man should see about doing something to win Andi other than constantly singing opera)

So who walking out of the Bachelor Manse and into a long line of Bach Rejects?
Carl the fireman who lasted just long enough to do something that he'll never live down back at the firehouse.
Nick S., who Andi dressed up as a friggin' robot in the stripper group date, so we know she hated him from early on. Also, I'm sure Nick V. is thrilled since now he can become the lone Nick in the house. V for Victory!
And finally, unsurprisingly Craig, who Andi was much too sweet and generous toward as he was leaving.

Next week, ABC is giving you a double dose of Bach (I think I may overdose) with 2 hours on Sunday night and 2 hours on Monday night.  What's in store? Andi in a grey wig, a Boys II Men concert, and—of course—drama!

Posted by Selena Coppock at 8:09 AM No comments:

Here's what I did over the weekend.

A new season of The Bachelorette! Andi the Ombre DA is back!

On Monday night, a new season of The Bachelorette kicked off and we learned a lot about our intrepid gal about town, Andi.  We learned that she is NOT attracted to dudes who resemble the mother from The Wonder Years.  Sorry, Jason & Camps.

My full recap can be found here.  Yes, amigos, I'm writing recaps for Huffington Post Entertainment again this season and I'm fired up! 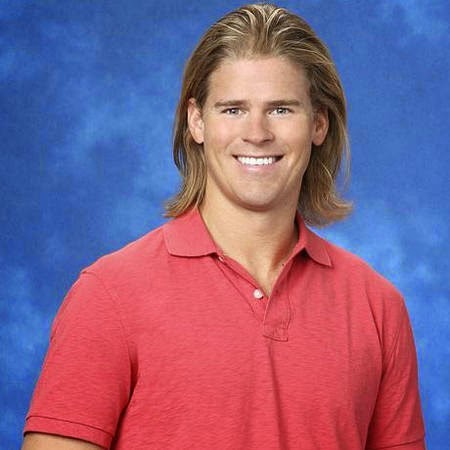 This guy (above) calls himself "Camps" 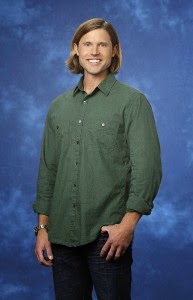 and this guy is Jason, an ER doctor from Wisconsin.  What are they chances that producers would cast not one but TWO dudes who resemble Mrs. Arnold? It's a miracle/nightmare! 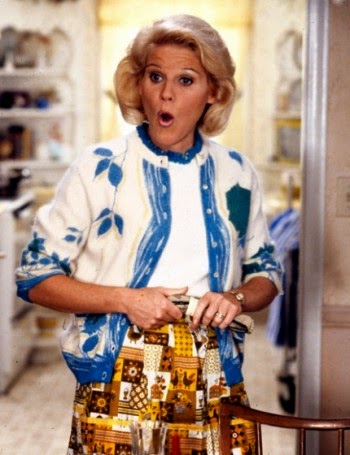