As usual, I sorta fell off after the last season of The Bachelorette.  Man, every damn blog post I write after a break should start with that sentence, huh?  Anyher.

This week I had a bunch of cool stuff going on!

On Monday night on Fox Sports 1 (FS1 - Channel 400 in NYC) a documentary I was in aired!  It's called HATERS: Anatomy of a Rivalry and it was produced by Major League Baseball.  It explored 2 rivalries: New York Yankees/Boston Red Sox and L.A. Dodgers/San Francisco Giants and included fascinating interviews with psychologists about the nature of in groups and out groups and rivalry.  Very cool.  It came out great and thankfully, I didn't look like a complete Masshole nightmare.  Here are a few photos that I took of my own TV, which feels really weird, but hey, it works: 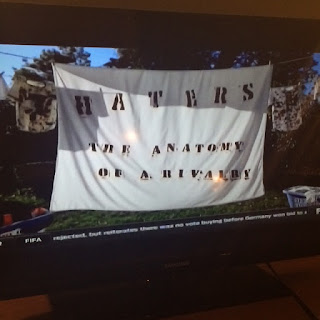 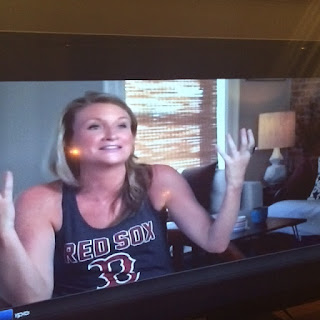 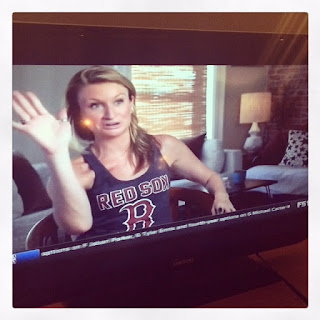 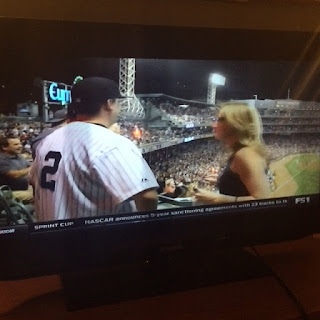 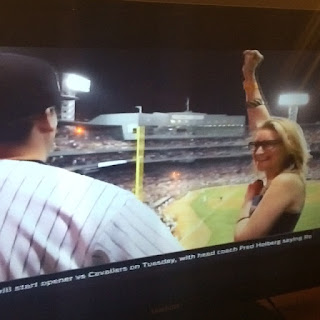 Pretty neat!  I've gotten some really nice tweets and messages about it.

Last night was the 8th annual Schtick or Treat, the Halloween comedy show in which NYC comedians parody other comedians.  I hadn't done it in a few years, but this year I had a fun idea so I participated in it last night at the Knitting Factory and it was a blast.  Time Out NY gave us some awesome coverage in advance of the big show and they included my photo and quote! Very rad. 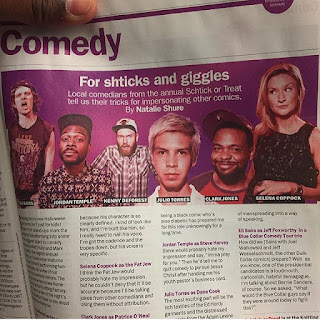 Finally, a lovely podcast called Modern Stories Mix featured me in the latest episode! I tell a story about an ex-boyfriend who was a pro hockey goon and a wonderful guy.  Listen here.
Posted by Selena Coppock at 1:14 PM No comments: