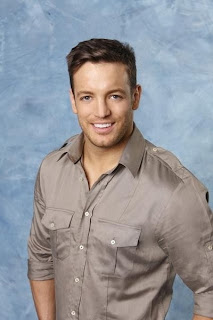 Last week’s “Bachelorette” was a repeat because some Americans celebrate our nation’s birth by watching fireworks, rather than by voyeuristiclly watching heartbreak and embarrassment offered up for public consumption. You can probably guess which one I think is more “American” to be watching, but that’s neither here nor there. Nor over there.

This week the six remaining guys (Monkey Twins Ben & Constantine, wide-set-eyes Ames, sweetheart JP, straight-laced Lucas and Guy Smiley Ryan) and Ashley flew to Taiwan for their last week in the Orient. (Unrelated aside: the theme for my oldest sister’s prom was Oriental Mystique which, in retrospect, sounds kinda racist. How ya like them random tidbits? My mind is like a steel trap for useless minutiae!) Chris Harrison greets the guys in Taiwan and informs them that this week’s events will include three 1:1 dates and a group date (3:1).

The first 1:1 date goes to one half of the Monkey Twins, Constantine. As a gal who once recreationally stalked a D list celebrity named Constantine (Maroulis, baby! Rock of Ages! American Idol reject!), I appreciate his name. I don’t appreciate his droopy eyes and weird hair, but that’s just me being judgmental from beneath my head of good hair. Ashley and Constantine take a quaint train to a village where the locals are preparing for a nighttime lantern ceremony. The two of them paint the sides of a paper lantern with hearts and words like “family” as wishes, which seems weird because you can’t simply wish for a family. If you want to build a family, go get knocked up. Don’t sit at home and try to wish or “Secret” that action, ya know? Later that night, they put a small fire beneath the lantern and send it floating into the night sky. The whole thing is gorgeous, but seems like it might be a HUGE fire hazard, especially if the weather has been dry. But I’m not a forest firefighter, what do I know? I just know that firefighters are generally hot and I wave at them when NYFD trucks pass me on the street. Constantine seems shockingly normal and I think that perhaps I judged the Monkey Twins too soon. Over dinner, he explains that he’s enjoying this whole experience, but that he is just taking it one day at a time and seeing how it goes. Thank you for not being a crazy person, Constantine! You used to drive me bananas, but now I’m digging you. Good work. Ashley & Constantine make-out and the date goes well, overall.

The next 1:1 date is Ben, the other half of the Monkey Twins. Ben & Ashley hop on a scooter. Nice helmets, tools! Safety is for losers! (Woa woa woa—my apologies—this recap was just hijacked by the beefcake dude from “Revenge of the Nerds.” I’ve wrangled it back from him. Sorry about that.) They tool around and Ben makes corny remarks about how it’s hard to keep his eye on the road because he wants to check on the “precious cargo” behind him. Man, Ben and Ashley might be perfect for each other after all. They walk across a rope bridge in the jungle, stopping in the middle to make out, which is so spontaneous and I’m sure the film crew totally didn’t suggest that they do that. Later that night they have dinner and a great conversation and I gotta say, these two seem pretty serious.

Meanwhile, back at the hotel, the remaining guys notice that Ben didn’t come back after his date. He strolls in during breakfast, but of course he didn’t stay in a room with Ashley—that’s saved for the final date when the couple may “choose to forgo their individual rooms for a night in the fantasy suite.” Hasn’t everyone memorized that note card and watched the participants’ feigned surprise a million times by now? (Just me? Others are out there foregoing ACTUAL rooms in REAL life while on their own dates? Huh? What are you talking about?)

It’s time for the 3:1 date and JP, Ames, and Lucas get to take wedding photos with Ashley! What fun! Up next they’ll have a date that is spent preparing taxes, or maybe the thrilling experience of closing on a house if they want to get REALLY rowdy! In Lucas and Ashley’s photos they both wear dresses and kiss (which makes JP crazy), in Ames and Ashley’s photo they dress up like 1960s lounge singers (huh?), and JP scores the most traditional wedding photos with him in a tux and Ashley in white. After the photo shoot they all change and have drinks and JP scores a rose by being the most needy of the trio. Way to reward annoying behavior, Ashley! Lucas continues to be pretty stiff and straight-laced, while Ames loosens up a bit (despite his pink pants), by showing Ashley some old family photos.

Ryan has the final 1:1 and he can’t hide his excitement about it, which is sweet, but also a bit unappealing. My theory is that Ryan has made it this far because he has flown under the radar and Ashley hasn’t gotten a full taste of just how annoying he is. All the guys in the house have, but he and Ashley haven’t had a 1:1 yet, so she’s only seen Ryan in small doses, which can be tolerable. But she figures it out quickly and sends him home mid-date, which was amazing to watch. Ryan’s facial expressions as he processes the fact that he’s being negged were precious and delightful. Once he’s alone, Ryan gives his two cents (to the camera) and starts crying, which made me feel bad for him a tiny bit. At least we all learned something useful from Ryan: tankless water heaters are the way to go.

It’s time for a rose ceremony without the cocktail party, which makes me wonder—could these guys request cocktails anyway? There’s no cocktail party, but dudes probably want a stiff drink, ya know? The dudes look handsome, but Ashley’s dress (with hip cut-outs) is not a great choice. You could be Heidi Klum and hip cut-outs are not going to do you any favors. (Neither is pale pink on pale white women, but we’ll get into that another time.) Ashley hands out the roses and who doesn’t get one? Straight-laced Lucas. He handles it gracefully and heads off into the Taiwanese night.

Up next week, hometown dates! From the preview, what we will learn is that Ames and his family live on a sleigh, Constantine’s family does a whole lotta group dancing and throwing of dollar bills, JP was raised in a roller rink, and Ben’s family (and late father) are inordinately proud of their son for going on a reality TV dating show.

Posted by Selena Coppock at 8:53 AM No comments: