The Bachelorette is back!

ABC has filled up the Bachelor/Bachelorette mansion with (supposedly disease-free) hot singles yet again and it’s time for a fresh season of “The Bachelorette” with Ashley as the new Bachelorette. I’m sure that we all remember Ashley as the 3rd runner-up on last season’s “The Bachelor.” Back then she was a spunky blonde and now she’s a brunette with bangs. Things have CHANGED, people!

I missed last week’s premier episode because ABC did ZERO promotion for this season and I had to hear about the new season from a friend. Yeah, ABC. Thanks a lot. I’m America’s #1 fan when it comes to The Bachelor/Bachelorette franchise and I was going to watch Intervention on A&E last Monday night, when I got the news that The Bach was back in action. How about you ask Chris Harrison to actually DO something (other than clink a knife to a glass and inform us of when “it’s the last rose of the night”) and get the word out that we got another season coming down the garbage chute.

But let’s get to the good stuff from last night. We had a few 1:1 dates, a group date, and 3 dudes went home. To bring you up to speed about the stand-outs this season, we got:

-Bentley (yes, dude named after a car that is synonymous with Bennifer): Ashley received a warning text from a friend that Bentley is here for the wrong reasons. Yikes. His interview snippets are completely shameless. For fellow Bach addicts out there, he’s like Wes, only without the pretense that he’s there for love (and the corny guitar-strumming). Bentley straight-up doesn’t like Ashley. He’s a terrible guy, but it makes for good TV.

-Jeff: Dude wears a mask covering most of his face and the parts that he reveals are covered with grey stubble. The mask is big, black, rubbery, and looks very “Batman & Robin” circa 1997 starring George Clooney. He acknowledges that the mask has alienated him from the other guys in the house, but nonetheless he won’t remove it. This feels a lot like when Garth Brooks did that weird Chris Gaines project. For the uninitiated, that's when country giant Garth Brooks cooked up a completely unknown creepy alter ego for himself, then complained when no one would accept said creepy persona. You’re making your own misery, weirdo.

-There are a lot of dudes who work in construction, which leads me to think that I must have done the casting for this show in my dreams. Man oh man I love construction dudes.

-There’s a dude named Constantine and he needs a shower and a haircut pronto. Or is that Ben F? Just know this: Ben F. and Constantine are interchangeable.

This week’s dates will be taking place in Las Vegas, which prompts a ton of jokes about luck and flipping of coins and such. The first 1:1 date is Ashley and William, during which they taste wedding cake, try on rings, and even have a fake wedding ceremony! What a nightmarish and tiresome—I mean, hilarious and unique--first date! During dinner (which takes place on an island in the middle of the fountain at The Bellagio), William talks about his father’s alcoholism and Ashley admits that her father is (was?) an alcoholic as well. Match made in heaven! William says that he wants to be a standup comedian, then later in the episode he breaks out the most lame, moronic impression of George W. Bush that I have ever seen. Dude, keep your day job (which is peddling cell phones).

Up next, 12 dudes are flown to Las Vegas for a dance challenge with the “world famous” Jabba Wokees (sp? I really can’t be bothered to google this group), who are a mask-wearing, creepy dance troupe based in Vegas. The Bach dudes break into two teams of 6, and each team is given 30 minutes to choreograph a dance number, which is a pretty ridiculous challenge. These guys give it their all, though. The Jabba Wokees (sp?) judge both teams and declare a winning team, who get to stay in Vegas to perform in a show, then have dinner with Ashley. The other 6 guys go back to the Bachelorette compound.

Of the winning team, Ashley gets quality time with Bentley and West. West shares a story about how his wife died only nine months after they got married and seems like a stand-up guy. Bentley acts aloof and thuggish, and somehow Ashley flips the power dynamic and ends up practically begging him to stick around. Huh? Girl—he’s a jerk and YOU have the upper hand. I know that you think he’s hot, but seriously, he looks like an ogre and dresses like a lumberjack. I know that he’s a man of few words, which makes him seem mysterious and hot and you’re probably thinking, “Still waters run deep,” but they don’t. He’s manipulative, mean-spirited, and has a kid (with a baby mama and the potential for associated drama) back at home. Send his “poor man’s Shrek” ass packing!

Up next, J.P. and Mickey flip a coin for who will get a 1:1 with Ashley and shifty-eyed Mickey wins it. He’s a chef and during his 1:1, he tugs at Ashley’s heartstrings by sharing the fact that his mother died about 6 years ago. I hope Ashley stocked up on waterproof mascara because the M.O. of every dude this season seems to be: let’s have some drinks, have some 1:1 time, then I’ll tell you about my alcoholic or dead father or mother or former wife. Then we make out.

Before ya know it (1 hour & 45 minutes later), it’s time for a rose ceremony and Ashley looks beautiful. J.P. gets some alone time with her and he’s cute as a button. A button who works in construction, no less! My kind of button! Jeff (Mask dude) gets alone time with Ashley, but just as he’s going to remove his mask and reveal himself, Matt (of Bridgewater, MA!) interrupts them. What bad timing! Like the old saying goes, right when you’re ABOUT to pull off your creepy rubber mask and reveal your face on a reality dating TV show, another dude steps in. Ahhh life.

Ashley finally doles out some roses and a few dudes get sent packing:

Stephen – dude’s a hairdresser and seemed pretty bland. Go home and watch “Shampoo” a few more times and you’ll be over this rejection in no time.

Ryan M – Aww man this guy is super cute and seems very sweet. Perhaps almost too effeminate, though? Either way--Ryan, [international sign for call me]!

Matt – the native of Kickassachusetts who seemed happy to call out Jeff’s mask weirdness. Perhaps came off as too negative? Safe travels back to the greatest state in the union.

Check out my sister Laurel on the rad new Comedy Central show, Workaholics!

Posted by Selena Coppock at 11:52 AM No comments: 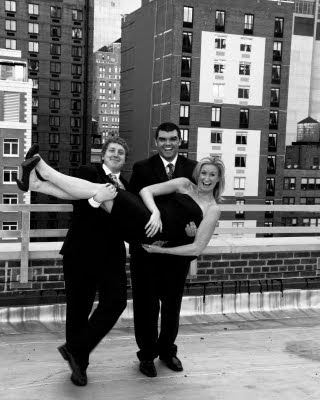 Posted by Selena Coppock at 11:27 AM No comments:

Oh man. Apparently in a recent concert, Miley Cyrus covered Nirvana's masterwork "Smells Like Teen Spirit." Kurt Cobain is rolling over in his grave and my heart is breaking. It's so sadly ironic that the manufactured Disney teen sensation would cover a song about HOW MUCH NIRVANA HATED MANUFACTURED "TEEN" CULTURE. Ugh.

More info and a video are here.
Posted by Selena Coppock at 9:34 AM No comments: