As always, this recap is late.  I was cranking out a packet (got it done and feel good about it), been busy like a bee, plus beach season is here! Life is good! But you know who life IS NOT good for? Dudes who fall face-first off top bunks and break their faces. More on that later.

We open on the Bachelor Manse in a downpour, so you know there is going to be DRAMA this episode! And probably bad hair that can't hold a style because of that dang humidity! Truly, a hellscape.

The dudes are lounging in sweats and glasses and I like seeing them in house clothes. Everyone in the house is getting along except for this season's bizarro pariah, model Jordan who gives good face and good sound bite, but definitely is NOT HERE for Becca.

Chris Harrison drops by to map out the week: 2 group dates, 1 one-on-one date, and one dude with a broken face (JK he didn't announce that cause how could he? But also I CANNOT BELIEVE David broke his damn face).

Colton says that he feels frustrated because his relationship with Becca isn't progressing, so he's excited to get some time with Becca on this group date but BAD NEWS, BROSEF, you will ALSO be getting some face time with your "ex," TIA!! AHHAHHAHAH Oh man I LOVE it when the Bachelorette producers are evil.  Becca's squad (Baby Rizzo, Kendall the twee chick, Caroline the pretty one, Tia the Arkansan who "dated" Colton (and by that we mean MADE OUT WITH and, like, WTF is this, 6th grade?)), and Seinne the smart one who talked about the power of representation to dumb loser Arie last season) assemble and they are ready to interact with these boys in a spa setting! They all talk about the elephant in the room (that Colton hooked up with Tia and likely thought that she was going to be The Bachelorette) and before you know it, Husky Ryan Phillippe is there in the flesh, smiling like crazy because he's nervous. Tia is also feeling awkward and Becca legit forgets Jason's name to his face. There was a lot going on.

Mid-group date (of massages and nail painting), Tia and Becca disappear for girl talk and Tia explains that she only kissed Colton, she hopes he's here for Becca earnestly, and she loves Becca. They are sweet pals.

At the afterparty, Becca's girl squad isn't there and Becca arrives solo in a gorgeous, sleeveless, form fitting red dress, white jacket, tan heels. Jean Blanc grabs her away first and shows her his personal head massager (that he brings everywhere he goes, it seems), Jason somehow makes a great impression on her (even though he just seems cheesy to me), and Wills has another great outfit.  David and Jordan get INTO it because they can't not, and Jordan reveals that he has a 100% success rate on Tinder (that is, everyone who HE wants to match with also wants to match with him) and in 2017, had 4,000 matches on Tinder yet insists he's "not on there a lot." Suuuuure.

David, being the petty tattletale creeper that he is, runs to Becca IMMEDIATELY and regurgitates Jordan's lame Tinder stats to her, rather than focusing on their "relationship" and Becca cracks me up by going right up to Jordan and saying, "4,000 matches!" then putting her hand up for a high five.  PERFECT EXECUTION, Becca! Becca doesn't take Jordan or David seriously and you can tell, but she has fun with those losers.

Jordan drops the line of the episode, "here's to you being a bitch" before he shit talks David to his face while the other men LAUGH AT BOTH OF THEM.  If Jordan or David had ANY self-awareness, they would see how frigging LAME they both look through all of this.  But neither one does.

Jordan seeks out Becca to explain himself and express that he knows it must be hard for Becca that he's a male model (Hhahhah HUH?), that he is like a golden retriever in relationships (but like, relationships with humans? Or with other dogs? Where does this simile begin and end?). Becca and Colton have a heart-to-heart about whether he has  moved on from Tia (has he "MOVED ON" from a make-out? God I would hope so), and whether he's truly there FOR Becca.  He assures her that he is and that's good enough for Beccs!! She grabs the date rose, gives it to Colton, and falls in goddamn LOVE. Here we go, friends.

The next date is a 1:1 for Chris but it turns out to be more of a three person date (heyo!), cause it's Becca, Chris the sorta cheesy guido, and DICKIE MARX! 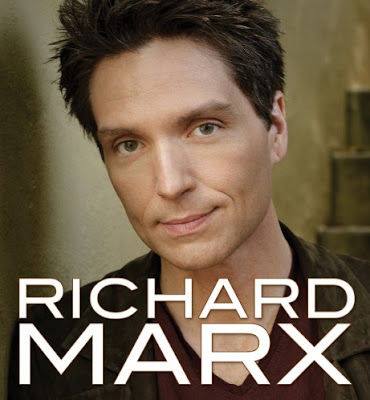 What is it about Daisy Fuente's husband that is so damn HILARIOUS!? I don't know. Maybe it's that he sings really earnest, sorta corny songs yet seems like a chill cat?  Who knows.  Either way, he wants Becca and Chris to write one another love songs (which feels more like a week 8 challenge--I mean, they truly HARDLY know each other) and Chris struggles because his dad abandoned his family or something.


Thankfully, soon we are back in fantasyland watching a guilty pleasure reality TV dating show that serves as a much-needed distraction from the idiocy, violence, and embarrassment that the Trump White House unleashes on the American public day in and day out.

Becca and Chris have the "dinner" (drinks) portion of their date and Becca looks beautiful in a beaded, sequin-y jumpsuit while Chris looks fine (and I mean that in the "acceptable" way, not like, "he is fiiiiiine") in a light grey suit and patterned, dark shirt. They discuss their shared abandonment issues and then kiss HARD. Up next is a serenade by ya boy RICHIE MAARXXXXX! Mr. Marx tickles the ivories and flubs the lyrics to his hit song "Right Here Waiting for You" (did you notice that he said "whatever it takes" twice rather than "wherever you go"? DUDE!) while Chris and Becca make out and hold each other.

Meanwhile at the house, David has done something that is PEAK DAVID and fallen off his bunk bed, face-first.  Hooo boy. The previews really had us thinking that one guy had viciously attacked another dude (JK--the tabloids would have revealed something like that if it had occurred) but it was just a good, old fashioned nose/eye socket break. TONS of blood but nobody is to blame. 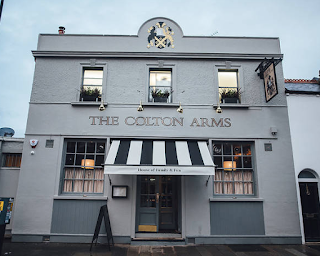 Not the pub in West London, dude, the guy Colton who formerly dated Ally Reismann and Tia, who wore a tank top as he read that date card and SWEET BABY JESU those arms were NICE LOOKING and somehow aren't anywhere to be found on the internet. SEE! Net Neutrality is IMPORTANT!! I NEED MY ARM PICS!!!

The dudes and Becca tackle some football drills (DID YOU SEE WHAT I JUST DID THERE?) lead by two ladies who are members of the LEGENDS football league which looks cool as hell. Then they put on hockey helmets to play football (did anyone else find those helmets very hockey-ey and not very football-ey?) in front of screaming fans, Chris Harrison, and Keyshawn Johnson. It's blue team versus white team and there are some plays and passes or whatever. To help his team tie, Clay runs the ball (rather than passing it) it the end zone and scores a touchdown while breaking his wrist. Yikes. Dude--you aren't a teacher or a lawyer or a sales guy who can muddle through work with a broken wrist. You are a professional football player and you just MAJORLY screwed up your ability to do your job.  Yikes.  After getting some alone time with Becca, Clay hops in an ambulance and that's our 2nd ambulance of the episode!  Holy trauma, Batman!

That night, Becca dons a tiny, crushed velvet, silver bathrobe for the after party and Garrett picks her up in it, practically showing her chach to all of Bachelor Nation.  Blake rocks a chambray shirt buttoned all the way to the top button, like a cholo cowboy, and talks to Becca about how hard it is to go from a 1:1 date to a group date. Once you have tasted 1:1 luxury, it's hard to step down to pauper-like group date life. Connor looks HOT with that face of his, and, of course, Clay shows up because he is going to take EVERY advantage of this opportunity his broken wrist has given him and I am here for it.  Blake and Connor are crestfallen when Becca hands the group date rose to Clay, but come on, dudes--YOU weren't willing to break YOUR wrists for the girl now were you?

The next evening, it's cocktail party/rose ceremony time and football boy Clay, virgin grinner Colton, and sorta cheesy Chris are breathing easy because they already have roses. Becca arrives in a dress I don't dig--a bland red, satin, sleeveless and strapless dress that doesn't fit too well and she's constantly tugging on. Buh.  Connor steals her right away and impresses her with his baseball skills because these dudes are Sporty SPICE this season. She hits a TEE BALL (literally--tee ball), runs some tiny bases, then makes out with hottie Connor.  Becca and slicked-back hair Jason do some canoodling while Clay talks through what he has to do: leave the show.  Clay weighs his options, but knows that he needs to leave and get surgery because he supports a lot of people with his salary and he's a frigging honorable man. Wow. OF COURSE the duty-bound, respectable man is the one who has to leave. Isn't that always the way?

Clay says, "being a man is making hard choices, tough decisions, and living with them" and OMG I love this stoic, dutiful HOTTIE! Does "being a man" involve going on Bachelor In Paradise??? I hope so but I cannot see how!  Clay explains his situation to Becca and they have a semi-weepy goodbye, then he literally WALKS OFF--just walks down the driveway and into the night. Goodbye, sweet Clay. You were too good for us.  Never forget that you're hot.

So now rose ceremony this week, love bugs! I'm sure it will be the first order of business next week! In the meantime, enjoy this photo of Clay.... 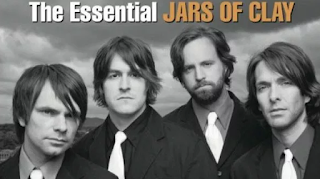 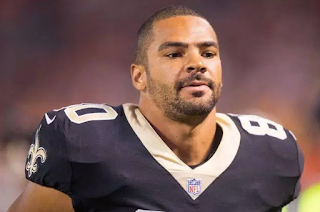