When we all first started this journey of watching 20 somethings talking about journeys, I never thought that I’d feel an intense kinship with a 20-nothing teetotaler twin from Las Vegas, but last night Emily won my heart with her white hot hatred for Olivia and her repeated reminders that Olivia has bad breath. Who knew that a shared hatred for a stank breathed bully can indeed a friendship make?

But let’s start at the beginning—we’re in Mexico and all Bachelor participants are required to shout “Viva La Mexico” at the camera multiple times!  There are 11 girls left and they storm the Four Seasons Mexico City suite like they have never seen a queen sized bed before. The first date card goes to 25 year-old divorcee and mother of 2, Amanda (she’s nothing if not efficient). The Bachelor again becomes like sorority pledging when Ben surprises the ladies in the middle of the night with an unexpected wake-up call (“line up in the Glen and recite all of the sisters' birthdays, pledges!!”). Ben arrives at 4:20 am (heh heh) but he’s no there to get high, he’s there to pick up Amanda (who just HAPPENED to sleep in a full face of make up) so that they can get high in the sky in a hot air balloon! I’m having flashbacks to when Farmer Chris picked up Britt for the exact same date and she ALSO slept in a face full of make up! Life is a circle of repeated bullshit! Wheeee!  It really IS Groundhog Day!

Ben and Amanda go up in a hot air balloon and look down at the Mexican ruins then enjoy a picnic in a field where they both talk in circles about how they’d like to get to know each other better, but they don’t take any steps to actually DO that.

That night Amanda rocks a beautiful, black cocktail dress with geometric cut outs in the front and perfect hair (what’s new) as she tells Ben about her failed marriage (a super sad story and a deluge of “likes”). She had her first child when she was 22 and married that guy 6 months later, but there were always red flags and “he had other priorities” (read: dude was immature cheater who would rather party than settled down at the age of 22).  She got pregnant again and then found his cell phone with texts from ex-gifrlfriends and girls from dating sites. Oof.  Ben is, as always, really sympathetic and sweet (I’m drinking the Ben H. Kool Aid AND I LIKE IT) and is flabbergasted that any guy could not wrap up Amanda and her sweet daughters. Ben gives her a rose and then they make out while standing next to a reflecting pool that makes them both look like they are standing IN said pool OR they both had their legs cut off at the shins. ROMANCE!

Up next is a group date and Olivia thinks she’s too good for it, despite being on it. The gang is Jubilee (who is feeling anxious), Becca (who continues to resemble a Floridian grandmother out on the lanai), Jojo (whose style is amazing), Caila (who doesn’t really excite me), Emily (who should be receiving my BFF heart locket by mail any day now), Lauren B. (who is sweet and cool), Jennifer (who is a nap of a human), Leah (whose eyebrows inspire both my love and my hatred), and Olivia (whose cankles accentuate her bad breath).

The date is a Spanish class and Spanish cooking at a restaurant and Becca’s look is “insane Boca Raton retiree” (that bold patterned dress shirt thing? That half up/half down topknot? WHAT WAS GOING ON HERE?). As usual, Jubilee’s insecurity manifests in flippant comments and Olivia is the whitest white woman I have ever seen.

The crew heads into a huge market to meet Nico and Lula, brother and sister (with hipster style) who own a local Mexican restaurant and will be supervising this cooking challenge.

Everyone must pair up (and Olivia elbows Jubilee out of a pairing with Ben), shop for ingredients, and then cook a Spanish dish to be judged by the hipster siblings.  During the cooking portion, everyone seems to be having fun except for Jubilee who is understandably perturbed that Olivia is essentially getting a 1:1 date out of this. The Hipster Twins (this name gets more official every time I use it) judge all of the plates and declare Jubilee and Lauren B.’s dish the winner saying, “when you know how to cook, you’re ready to get married” (oh is that when? Not when you find a partner who supports and validates you while also enabling you to preserve some modicum of independence? WHAT DO I KNOW?).

That night they get dressed up for an after party and Ben can barely squeak out “great cooking today, ladies” before Olivia snatches him away. The Bachelor producers give us a serious cankle shot as Ben and Olivia descend a few stairs and sit down to talk and reconnect. Lauren B. is rocking white separates (for the 2nd time!) and Ben leads her outside for a street side make-out and chat. Jubilee is becoming increasingly anxious and when Ben finally grabs her, she refuses to hold his hand. Ouch. She does so out of respect for the other women and while that’s a super kind instinct, she’s shooting herself in the foot. Ben and Jubilee have an intense conversation and he says that he doesn’t think that they have a strong enough foundation to build on anymore, then offers to walk her out. That escalated QUICKLY. Jubilee looks gorgeous and holds it together as she exits, then weeps in the interview room saying “I’m the most unlovable person in the world right now.” Oh, sweet girl, what you need in your life is a good therapist—not a boyfriend. Take a page from Lace and focus on loving yourself for a little while.

Ben returns to the ladies and explains what happened with Jubilee, but is interrupted by Jojo (which I found slightly inappropriate) because this romance train has gotta keep moving down the track.  They have a nice conversation but it’s Olivia (who Ben describes as “someone who struggled for a while” HA!) who wins the rose.

The next day is Lauren H. and Ben’s 1:1 date and it’s all about fashion. They try on clothes, chat with designers for Mexico Fashion Week, and ultimately walk IN a fashion show. Backstage, Lauren asks the models how long they have been in the industry (“4 years,” “6 years”) and tells them that she’s on DAY ONE in the industry! HONK! She reminded me of that guy who does standup ONE TIME and has some serious beginner's luck, then tries to hang out with those of us who have been at it for around a decade. Sit down, Lauren H., the adults are talking. 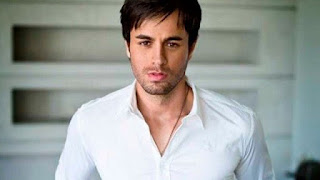 Over dinner, Lauren H. tells Ben about her 4 year relationship that ended because he was cheating on her (ouch) with 3 different girls (double ouch), 1 of whom was a friend (TRIPLE ouch) and, Bachelor Nation, I think we have found the underlying theme of this season: EVRERY GIRL ON THE SHOW HAS BEEN CHEATED ON!  It’s uncanny. Lauren H. talks about how she actively chooses to be happy now and I appreciate that sentiment and admire her worldview, but still find her a little bit “aww shucks” corny. Ben walks and Lauren clomps out of the dinner (seriously girl walks like Big Foot), she scores a rose, and they awkwardly make out in the street.  She won’t make it to the final four—mark my words.

The next day it’s cocktail party/rose ceremony time and everyone looks fierce except Olivia. Becca and Emily are both wearing sparkly disco numbers,  Jennifer is masking her drab personality with a gorgeous fuscia frock, and Jojo’s filmy, white dress is a bold choice that pays off (especially because of the pink lip).  Olivia’s red dress is very David’s Bridal (in the words of my wonderful pal and Fantasy Suite co-host Dava Krause) and as Amanda is talking about babysitting arrangements for her daughter, Olivia chimes in that this conversation reminds her of the TV show “Teen Mom” then fails to understand why that comment stunned the ladies. She cries crocodile tears and says “I’m trying” because a producer probably told her that a person with a heart or emotions would react that way.

The women have had enough and they each confront Ben—Emily (great work, girl), Amanda (who has felt targeted and judged by Olivia since day 1), and even snoozefest Jennifer!  Emily remarks that she’s not sure how Ben can be drawn to her AND be drawn to a person like Olivia. (BACHELOR DEEP CUT: That love triangle reminded me of the wonderful Ali Fedotowsky during Jake’s season with regard to Vienna—who’s with me?)  Unlike floppy haired Ben Flajnik from his trainwreck of a season, Ben Higgins listens to the women, trusts their judgment, and wonders if he’s not seeing the real Olivia.  So just as the Chris Harrison is about to whisk Ben away to start the rose ceremony, Ben pulls Olivia aside for a conversation and everyone is stunned. Will Ben revoke her rose and send her home? Can he do that? Are there any rules on The Bachelor OR in love? The Bachelor producers leave us hanging with a “To Be Continued” cliffhanger and I CANNOT WAIT 7 DAYS TO WATCH OLIVIA’S DEMISE!!  What do you think will happen, dear readers?

Posted by Selena Coppock at 8:03 AM