We have just launched into a 2 night Bach Bonanza with 2 hours of Bach drama Monday night and another 2 hours of Bachelor madness on Tuesday night!  Is ABC trying to get through this television train wreck of a show lickety split, ruin my social life, or both?

Sean and the remaining 11 ladies fly to Montana for a week because Bach producers are running out of ideas and shots of mountain ranges and taxidermy are what the American public CRAVES.  The gang land in the small town of Whitefish, Montana where Chris Harrison gives them the deets: this week will include a 1:1 date, a group date, and the dreaded 2:1 date.  In case you're a Bach rookie, the 2:1 date is the date during which one lady gets sent home mid-date (just like the time I went to Red Sox game with a date and he annoyed the living crap out of me during pregame drinks, so I put the kibosh on romance before the 1st inning even started.  But of course we sat and watched the game--I'm a Sox fan for life, even if I have to sit next to a schmuck who spends 5 innings trying to convince me to be friends with benefits.)

The lucky lady who gets the 1:1 date is Lindsay, who has morphed from drunken wedding dress girl to somewhat respectable normal gal over the course of these 5 episodes. That's a redemption story the likes of which Lindsay Lohan can't even swing (though we're all pulling for you, Lilo.  Me, your probation officer, and Los Angeles County Superior Court Judge Stephanie Sautner).

A helicopter is waiting to whisk Sean and Lindsay away from the lodge and Lindsay exclaims, “Is that a helicopter?”  Yes, yes Lindsay, that is a helicopter.  Well, really a transformer, as it will later morph into personal butler, but for now it’s a helicopter.  Sean and Lindsay fly to the Blackfeet Indian Reservation and drink bubbly atop a mountain as Native Americans below suffer through the crippling effects of the forced reservation/casino system and its resultant drug and alcohol addiction trends.  Then they’re off to a rustic lodge for more drinks and forced conversation.  Sean does his best Barbara Walters impression, asking Lindsay what it was REALLY like to grow up as an army brat.  Lindsay’s father was often overseas and their family moved around a lot, which leads Sean to conclude that she wants to settle down and get married because of her unstable childhood (either that, or because Lindsay feels American society’s stigmatization of single, child-free women past the age of 30?)  Either way, Lindsay scores a rose! But wait, there’s more! A country music singer named Sarah Darling (Hardcore Peter Pan fan?), is all set up in the town square to sing a few of her “hits” while Sean & Lindsay slow dance and kiss atop a box.

The next day is group date time and Selma (wearing a horrible, gaudy headband thing), Desiree, Sarah, Robyn, Catherine, Daniella, AshLee, and Lesley report to a pond for the day’s activities.  Sean says, “I don’t need an outdoorsman for a wife,” and for a moment I wonder if we’re in The Fire Island Pines or in Bach Land.  Oh, it’s Bach Land and these 8 ladies are going to show their “outdoorsman” mettle by completing a relay race of challenges the include canoeing, moving bales of hay, sawing a log, milking a goat, and chugging goat’s milk.  It’s like a kinder, gentler Fear Factor (Joe Rogan rules--seriously).  The ladies split into 2 teams and are given blue or red plaid shirts to differentiate the teams/make them all look like female bear cubs (the gay man kind, not the animal kind).  The ladies prove that they are terrible at canoeing (have none of them done this before? Summer camp, anyone?), bailing hay is wicked hard (especially when you have one arm), sawing is even harder, goats get nervous when they are milked on TV, and Desiree can chug warm milk like a sorority pledge.  The red team wins (Desiree, Robyn, Sarah, Selma), so the blue team (AshLee, Daniella, Lesley, Catherine) must hop back in the jitney and leave.

That night at the after party, Desiree, Robyn, Sarah and Selma are excited for some time with Sean, but Sean has other plans.  He wants to find his wife and he doesn’t want to silly challenge to prevent him from doing that, so he invites the blue team to the after party. Robyn is NOT happy with this breach of official rules and Selma drops some third person threats saying, “When Selma gets angry, Selma gets angry.” You tell ‘em, Selma!  Daniella, Catherine, AshLee, and Lesley arrive at the party and the tension is as thick as Rock of Love Season 3 when Brett added 3 new ladies mid-season!  But guess who else is crashing the party? TIERRA! 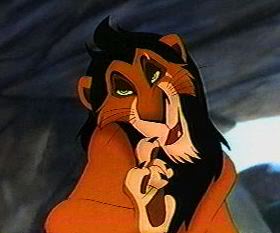 Scar, I mean, Tierra suits up in some unflattering boots and interrupts Sean while he’s filming at the after party.  She sneaks up on him and puts her hands over his eyes, just like we used to do when we were insufferable 6th grade flirters.  What’s next, a tiresome game of “Gotcha Last”? Tierra chats with him, they make out, and she talks about going into their date tomorrow with a “positive mindset.”  Yes, Tierra, you’re good enough, you’re smart enough, but you gotta work on that “people like you” thing.

Back in the cocktail party, Daniella walks in on Catherine and Sean making out on a bench by a dumpster and it brings her to tears.  Thankfully, Sean the Bachelor LOVES women who are crying/needy, so she gets a rose out of the thing and Busted Peaches & Cream Barbie is safe for another week.

The next day it’s 2:1 date time and the unfortunate participants are Tierra and Jackie.  Jackie has been flying under the radar, but I’m hoping she can pull through.  Alas, it’s widely known in Bach World (cough—my couch) that the 2 ladies who go on the 2:1 date are usually the favorite (sadly, Tierra, in this case) and someone who the Bachelor doesn’t know very well/wants to send home.  So it felt like a bit of a setup for Jackie, and yes, it turned out to be that.  Tierra reveals that her ex-boyfriend of 5 years was in and out of rehab and passed away a few years back, and that’s somehow “why she is how she is.”  She says that losing him made her afraid of losing love again, and I suspect that she watched Patrick Swayze’s “Ghost” recently because that refrain sounds a little TOO familiar.  (Ditto.)  The threesome ride horses, drink wine, make out in fields, but Jackie just doesn’t know Sean well enough yet and the other women are far ahead of her.  Thankfully, before she leaves, Jackie is able to warn Sean about Tierra somewhat.  I love cryptic goodbyes!

Finally, it’s cocktail party time and everybody openly hates Tierra.  She joins the ranks of such Bachelor legends as Vienna (blonde girl everyone hated from Jake’s “On the Wings of Love” season—she won the season), Courtney (brunette model who was universally reviled for her use of the Sheen catchphrase “Winning!” during Ben’s season—she won the season), and Juan (guy who all the guys hated during Jillian’s season of “The Bachelorette”—he almost got his ass kicked).

Robyn confronts Tierra about how she acts friendly only when the cameras are on or Sean is present and Tierra rails on the other women, calling them insecure and overdramatic and saying that she could get engaged anytime she wants (huh?).  Sean walks through the lodge while Robyn and Tierra are brawling and finally witnesses the dark side of Tierra somewhat.  He asks Desiree and Lesley for specifics about her and they try to tactfully explain that Tierra’s just an unfriendly jerk, but don’t have lots of specific incidents.  He has a talk with Tierra, during which she insists that she has a big heart, she’s “not a drama person,” and that the other women are coming after her. The lady doth protest too much, methinks. You know how you can tell if a person is “drama”?  If they insist they aren’t.  It’s a lot like drunk people.

Finally it’s rose ceremony time, despite Sean’s crisis of faith in Bach Love.  The gals who already have roses are Daniella (who likes saying like), Lindsay (who has been laying off the sauce, to great effect), and Tierra (bleeeerg).  Who else gets a rose?

-Selma (wearing an unfortunate “dress” that looks like a silk tablecloth)
-Catherine (dumpster-side make-out pays off!)
-Lesley (Arkansan in a glittery, flapper dress)
-AshLee (has a “soul connection” with Sean, she says)
-Sarah (taking ladies down with 1 arm tied behind her back)
-Desiree (poor man’s Katie Holmes can put back a mean cup of milk)

Who’s going home?  Robyn, the sweet, African American back flipper who literally asked Sean if he “likes the chocolate” and metaphorically asked him to “show me love” is now singing “dancing on my own” (yes, that was a poorly constructed Robyn joke).

But there’s more Bach tonight!  Tierra’s scar face further drives a wedge between Sean and the other, friendly women, like a female Bentley from Ashley’s Bachelorette season.  MY BACH KNOWLEDGE KNOWS NO BOUNDS!

Posted by Selena Coppock at 8:12 AM