Last night was episode 4 of Sean's reign as The Bachelor and it had all of your standard Bach favorites: overt threats of girl-on-girl violence, waves of self-doubt, and everyone in helmets.

13 girls remain in the Bach Manse and this week they'll be going on a group date, and two 1:1 dates.  The first date card is for gorgeous Persian Selma and has the text "Let's turn up the heat" (I'm was praying that this would indicate a live concert by Foreigner). She dresses in gym clothes (well, gym clothes for classy people--my gym clothes are a pit stained tank top, Hamilton football shorts stolen from a college crush, and a bad attitude) and she and Sean head to the airport where their private jet awaits.  Selma is loving the luxury and asks Sean, "Is this how we will travel every time?" (Not once the network stops paying, girl).  They hop in an open top Jeep and I'm SO glad that Selma's hair was already in a ponytail so she doesn't have to worry about tangling.  Sean and Selma drive to Joshua Tree National Park and I'm shocked that they find it, since it's "Where The Streets Have No Name" (U2 JOKE! Heeeyo! But seriously that album is pretty dope--listen to "Trip Through Your Wires" and skip the mid-tempo, boring "Still Haven't Found What I'm Looking For" please!).  They are going to climb a giant rock and thanks to tricky footage edits, it seems that Selma and Sean just happened upon helmets, shoes, harnesses, and a rock with a secure rope attached to it.  Isn't that convenient!  Sean tells Selma that she looks cute in a helmet (weird?) and his encouragement motivates her to scramble up that rock so that he can stare at her rump from below.

That night they visit a kitschy, classic RV trailer park and cuddle beside the pool (because most trailer parks have in-ground pools--not sure why they left that out of "8 Mile").  Selma explains that she's Iranian and Muslim and that in her culture, appearing on a TV dating show and making out with strangers is considered trashy and will bring shame to your family. OMG Selma: Your "super conservative" family is just like EVERY FUNCTIONAL FAMILY I KNOW.  Selma's a beautiful lady and I dig her attitude! She scores a rose.

Back in the concubine cage, another date card has arrived and it's a group date for Lindsay, Robyn, Jackie, Catherine, Amanda, AshLee, Sarah, and Tierra (or as fantastic Catherine calls her, "Tierrible").  Tierra is NOT pleased to be going on yet another group date (her 3rd), saying, "I don't need no chaperones anymore!" (But apparently she DOES need an elementary school English teacher.)  The date card message is, "I'm looking for a woman who can roll with the punches," and I'm crossing my fingers that this will be an MMA cage match date.  Lindsay wonders if the ladies will be, "getting into a striped hamster ball thing and rolling down a hill."  (Is she drunk 24/7?)  As we go to commercial, the preview music sounds JUST like the music played on Intervention just as the Intervention is approaching.  (Did anyone else notice this? Is it horribly sad that I can spot the Intervention background music in a few notes? If your answer is yes, then SHUT UP!  If your answer is no, I know, right? I mean, that music is unforgettable!)

The group date activity is roller derby, a sport that I have been intrigued by since watching Drew Barrymore's fun movie Whip It (also has a great soundtrack). 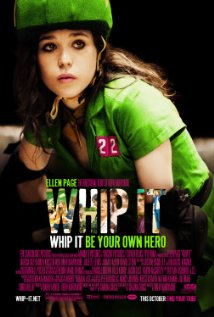 I'm suspecting that Sean has a helmet fetish because there were a whole lotta helmets at the skate rink.  Amanda lies and says she has done roller derby before ("to get into the other girls heads" she says, as though beating the other women in rollerskating will make Sean give a rat's ass about her) while Tierra is thrilled that she has an opportunity to "knock some biotches down." (Who still says "biotch"? Dr. Dre uttered it first, but even whites have stopped using that outdated term.)  Sweet Sarah has poor balance because of her one, shorter arm, so rollerskating is extremely hard for her (and the fact that she's even ON this group date seems pretty exploitative--plenty of girls were left in the house).  AshLee consoles Sarah while Amanda EATS IT on the rink and busts her chin.  Amanda fell down face first and she clutches her chin in pain, while genius Sean asks her, "Where does it hurt?"  The producers take her to the hospital and Sean announces that they won't do a roller derby game, but instead just a free skate to old school jams. I felt like I was back home at my childhood hang out, Wal-Lex Rollerskating Rink (minus the crippling suspicion that everyone hates me). 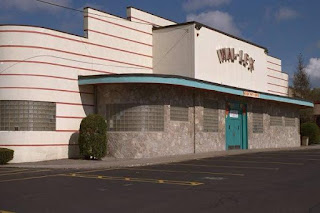 That night's after party is on the roof of the Roosevelt Hotel where Sean chats with each lady privately and the remaining girls drink and make small talk.  Tierra is in short shorts (maybe not the best call) and she is NOT friendly and won't even chat with the gals, then later wonders why they don't like her.  Amanda comes back from the hospital and she has changed into yet another bewildering outfit straight out of the J. Crew Look Book ("Here are clothes that we suggest putting together and they work in this catalog but in real life look TOO quirky and straight-up weird!").  Amanda mistakenly thinks that her injury will win some sympathy points with Sean, but her swollen chin can't cover up her shitty personality and limp hair, so I'm doubtful.  Meanwhile, Tierra picks a fight with Robyn, accuses Robyn of being immature, and says that she's not comfortable in this strange circumstance.  Robyn exclaims, "None of us are!"  (I don't know, gang.  If I had a dime for every time I'm clicking around OKCupid while thinking, "Man, I really wish that I could just be trapped in a house with about a dozen other women vying for the affections of one man," I'd have ZERO DIMES!)  Tierra loses her shit, asks a producer if she can leave, then hunts down Sean so that he can witness and be moved by her breakdown.  She tells Sean that this experience is "torture" and I hope that Prisoners Of War miss this episode because I think they might be a little offended.  Sean completely plays into her hand, showering her with affection and giving her the rose.  Did you catch that lesson at home, friends? Being a shitty, needy person will get you what you want!

Back at the house, Leslie H. scores a 1:1 date card and diamond earrings, which she gleefully states make her feel like Julia Roberts in Pretty Woman (Leslie H's favorite movie).   Leslie, you're mixing up the successful actress Julia Roberts and the character Vivian Ward, a poverty-stricken woman whose roommate is addicted to drugs and who must sell her body to strangers in order to make rent.  But yeah, keep talking about how those blood diamond earrings make you feel like a PROSTITUTE PRINCESS!

The next day, Sean picks up Leslie H. and, in keeping with the nauseating Pretty Woman theme, they go shopping on the playground of the nouveau rich, Rodeo Drive.  Leslie tries on dresses and can't stop exclaiming things like, "holy moly, Batman!" and "I'm super duper excited!" and "winner, winner, chicken dinner" (whatever the hell that means).  Leslie, I don't mean to sound like a WASPy school marm (though I *am* part WASP), but could you please conduct yourself with a bit more poise?  KThnxBai. After Leslie H. has picked out a dress, shoes, and a clutch, Sean says that there's only one more thing to take care of (negotiating payment for sex acts?): a diamond-studded necklace at Neil Lane (that she can borrow for the evening).  Then it's off to the Bradbury Building (classic LA! Also featured in the final scene of 500 Days of Summer, another movie with a great soundtrack) where they have dinner and talk about family.  Leslie H. reveals that her parents got divorced when she was 5 and as she shared this I was shocked that a trap door didn't open and simply swallow her (nobody talks divorce on The Bach and gets out of life alive, to loosely quote Axl Rose).  Sean tells Leslie H. that he doesn't feel a romantic connection with her, then walks her out to the street where she must hand over the Neil Lance necklace and hop in a car.  BUT WAIT, GUYS, that's not how Pretty Woman ended!!!  Sean leans on a railing in the Bradbury Building and drops the rose down to the floor below while we hear the whitest, stiffest acoustic guitarist successfully scrub any sexiness from a Sade song.

Finally, it's cocktail party time!  During the cocktail party Tierra stomps around the house like a whiny bull with a strange forehead scar and no self-awareness in a china shop.  Robyn enjoys private time with Sean, asking him if he wants to "taste the chocolate" (to quote Leslie H., holy innuendo, Batman!) then they make out HARD.  A gaggle of gals talk about how Tierra is two-faced and manipulative.  Busted Peaches & Cream Barbie (Daniella) has another GEM this episode, saying, "I think this girl is playing the game very good."  Oh Daniella, no more talking, OK?   Meanwhile, Tierra complains to Sean that the other women in the house "have a hard time accepting me for who I am."  (Perhaps because "who you are" is a complete "biotch" to every woman within a 10 mile radius.  Just a guess!)  Catherine finally gets some 1:1 time with Sean and they go for a walk together to get some privacy (how very Jane Austen of them!), then make-out (doubtful that the kissing is very Austenian, also not sure if that's even a word).

Finally it's time to cut down the dozen girls to 11 through an elaborate ceremony.  Tierra & Selma already have roses, as we know.  Who are the other lucky rose recipients?

-Catherine (First rose! Amazing what a walk & make-out can do!)
-Desiree (Poor Man's Katie Holmes gets more boring by the episode)
-Lindsay (In the words of my roomate Liz, "Those two are a good match because they're both ding-a-lings")
-Leslie (Now the Razorback Blonde is the only Leslie in the house! Victory!)
-Robyn (Sean likes dark chocolate AND white chocolate, but does he like peppermint bark? Huh?)
-AshLee (THAT is how you do volume at the crown, Kacie B!)
-Sarah (one arm blonde)
-Jackie (Cute redhead, still flying under the radar)
-Daniella (Busted Peaches & Cream--if she keeps talking, her days are numbered)

So who is leaving?  Amanda, the brunette whose curls always seemed like an accident and whose taste in clothes could best be described as "zany aunt who enjoys overpaying. " If lying about your experience with rollerskating and then EATING IT chin-first into the floor isn't enough to get the guy, what IS?

Next week we're getting DOUBLE BACH!  Yes, 2 hours on Monday and 2 hours on Tuesday.  How will I ever keep up with this?  Love finds a way and I will too!  Please share any comments or thoughts below! xoxo
Posted by Selena Coppock at 9:50 AM