I am extremely late with EVERYTHING right now.  Things were kookoo bananas last week with my album recording on Wednesday (which went BEAUTIFULLY and I am so proud of the show and the album will be released in September or October and you better believe I'll be badgering you to buy it).  I watched the bizarro episode in which Rachel's final 3 suitors met assorted members of her family in Dallas, which is UNPRECEDENTED in Bach history, but I love that Rachel's family is like, "yeah ummm Papa Lindsay aint flying to some wacko island and also Constance is pregnant so we're going to change things up this year" and they did!!

The final 3 guys (Peter the Human Robot who seems to have NO emotional capabilities whatsoever; Eric the nice guy who I think she should pick but is she HOT for him the way she's hot for the others; and Bryan the frigging slick Willy who is like "within moments of looking at Rachel, I declared her my GF and knew I was in love with her" and I'm like, "CAN WE PLEASE GET REAL AT SOME POINT HERE?" because I have been re-reading too much Dr. Phil lately. 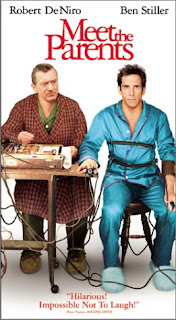 My quick breakdown of the odd Hometown Trio's family meetings:

-Peter looks good and gives a frigging' monologue when he first sits down for lunch with the family.  How his parents met, his first impressions of Rachel, the fact that he was built in a laboratory by a kindly scientist who wants to see if he can build a robot who could eventually FEEL. He sits down with assorted family members and tells Rachle's mother (who DON'T TAKE NO MESS and I love it) that he doesn't want to ask her for permission to propose to Rachel right now, but rather, permission to keep dating her.  HUH???? WHAT IS THAT? THAT IS NOT A THING YOU DO.  One the RARE occasion that I have a boyfriend (shout out to the men of NYC who have disappointed me and stood me up MORE THAN I EVER THOUGHT POSSIBLE!), that dude isn't calling my parents every so often to get their blessing for us to KEEP DATING.  Blech.  Peter--time to hit the bricks, pal.  Sorry, but at some point in life you MAY want to lead with emotion and your heart.

Also, I really like Constance and I love that name, but what is UP with her son being named Alistair? It sounds like an old timey manservant in Victorian England, not a cute kiddo who loves strips in Dallas!

-Eric is up next and before the family meeting, Rachel and Eric enjoy the view from some brutalist Space Needle wanna-be in Dallas.  Oh man I'd be willing to be that building was built in the 1960s or 70s when every city was like, "isn't poured concrete so great? Brutalism is an architectural style that we'll NEVER regret! Just look at Boston's City Hall Plaza--everybody loves it! Right? Right? Riiiiight?"

The family all really like Eric and they perceive him to be very genuine, candid, which he is.  He talks about his chaotic upbringing and I wonder if Rachel cares about him more as a friend/someone who she respects for what he has endured, more than a romantic partner, ya know?  Eric asked Rachel's mom for permission to propose and she grants it.  He's relieved and I'm hoping Rachel goes with him when all is said and done!

Up next is Miami's smoothest import since Gloria Estefan, BRYAN. Ugh.  Before the family visit, Rachel takes Bryan to a restaurant where they have drinks with her blonde pals on a windy roof.  Rachel admits that at first, she thought Bryan was a "douche bag" (YOUR INSTINCTS WERE RIGHT, RACHEL! TRUST THEM! DR. PHIL WOULD AGREE WITH ME!).  Bryan seems to make a good impression on the blonde gals somehow (ugh) but he does NOT impress the Lindsay family (thank God).  Constance is NOT having his use of the word "love" every other sentence and she tells him as much (YES) and Mama Lindsay likes that Bryan is close with his mother, but dislikes how effusive he is about people he hardly knows.  Overall, Bryan's visit feels like a VERY uncomfortable job interview and Rachel gets defensive on his behalf.  Oh girl--let this slippery snake slip out of your hands and go crack some backs back in Miami.

During that meeting, Rachel says something that reminds me of me: "I'm chill until I'm not." AMEN!! Love that!

After the Dallas family lunches, 3 Men and a Rachel fly to Spain for 3 nights of dates and FANTASY SUITE HUMPS.  We witness Rachel and Eric's final date and sleepover (well, the standard cutaway to fireworks or the light in a window turning off or some other such indicator that "HUMPS ARE HAPPENING RIGHT NOW.")  We watch Peter and Rachel's final date is cute (stomping on grapes! drinking wine!) but ends with the two of them seemingly at an impasse because Peter is a robot who cannot make decisions with his heart (he doesn't have one! He runs on a battery that must be recharged--what is a heart?) and Rachel is a fucking adult human who wants to get married, which is why she came on the damn show!

Am I getting too emotional?

This week was The Men Tell All and I'll watch that on Wednesday (after a serious date with the gym) and recap as quickly as I can.  Apologies for the delay, sweet readers!!

Posted by Selena Coppock at 7:46 AM