LOVEBUGS! We had TWO WEEKS without Jojo and the Boyz and I nearly went insane!  But last night we were back to normal life with 2 hours of sweet, sweet Bach.

Monday night’s episode had Jojo and her 6 remaining suitors still in Argentina, with Jojo packing up her giant Louis Vuitton shoulder bag (oh, how I covet) and heading to the countryside!  The dudes are still absorbing the last rose ceremony and Alex said that he’s “shell shocked” from it, which is an interesting way for a war veteran to describe a rose ceremony, but what do I know. Chris Harrison makes a quick cameo to tell the dudes what they’re in for: 4 dates this week. A group date (buh) and three 1:1 dates with no roses up for grabs on the 1:1 dates, but a rose to be given out on the group date.

Tiny Hero Alex FINALLY scores a 1:1 date (poppin’ the old 1:1 date cherry—be gentle with the Tiny Hero!) and his and Jojo’s date is a long, boring drive out to the countryside during which they eat chips, Alex “freestyles” (it was as bad as you would expect), and generally get along like two siblings who don’t hate one another (foreshadowing of Jordan’s sibling rivalry that we’ll learn about later in the show?).  They arrive at a ranch and get dressed for gaucho training, which means that Jojo is in killer brown bell bottoms and a drapey top while Alex is sporting tall boots, puffy pants, a scarf with a decorative fastener, all topped with a beret-like hat. Basically, Alex looks like he’s a waiter at an Argentinian Steak House (is that a thing?) and Jojo looks like a knockout.  They ride horses and then watch a real gaucho sweet talk a horse and rub it down, then Jojo and Tiny Hero are given the opportunity to snuggle with this horse and be the inside spoon to a horse.   It was bizarre, but not as bizarre as watching Alex kiss Jojo OVER THE HEAD OF A HORSE directly in front of a real gaucho and then tell her “I’m your goocho.” Oh Alex, you’re one of those people who never quite gets the joke, aren’t you?

That night over wine dinner, Alex lays his cards on the table: he’s falling in love with Jojo, he fell in love with her the second he saw her, he can breathe now. Jojo is visibly NOT FEELING IT and tells him as much (in a gentle way) as all of the blood drains out of Alex’s face (and to his tattoos, most likely). Jojo explains that she doesn’t feel as excited as she should feel about that news and out of respect for Alex, she will send him home tonight.  Alex looks stunned and hops into a random dirty truck. Goodbye, Tiny Hero. Now you shall freestyle on your own.

The next 1:1 is Big Pimpin’ with Jordan and by that I mean a stretch limo to a private jet to a winery—not a bad way to spend a day.  In Mendoza, Argentina they each get their own bucket of grapes to stomp on and I cannot watch ANYONE stomp on grapes without thinking about that newscaster who jokingly cheated on a grape stomping contest and was punished by the universe.

Jojo and Jordan are unaware that part of wine making is FERMENTATION and they stick a wine glass into their stomped grape juice and are STUNNED to learn that grape juice tastes good!  Yeah, it does! People drink it every goddamn day but usually AFTER it’s been run through a screen to eliminate schmutz! Maybe you’ve heard of a little company called Welch’s?  They happen upon a hot tub (what are the chances?) in which they make out and cuddle.

That night Jojo rocks a sexy look—tight skirt with super high slit, white shirt with black, lace detailing—and learns more about Jordan’s family. This conversation is—as our beloved Bachelor Sherpa Chris Harrison would say—unprecedented, in that viewers know who Jordan’s brother is (Green Bay Packers QS Aaron Rodgers) and are getting a peek into the family tension of a public figure.  Fascinating!  I converted to Team Jordan as he talked about how in everything he has ever done in his life, he’s been disappointed and that he has always felt like he’s in Aaron’s shadow. It’s interesting that a lot of the gripes that James Taylor had about Jordan (that he’s entitled, used to always winning and getting his way, has celebrity connections) are most likely NOT the case at all, in light of these fraught family dynamics.  They make out HARD in a stairway and Jordan cements his place as the KING of hot make-outs up against a wall. 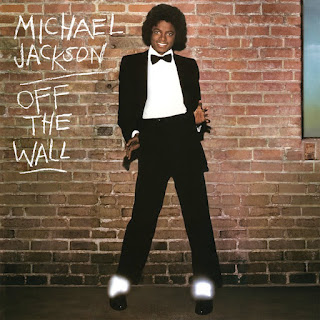 The next day is a slumber party-style group date for Chase, James Taylor, and Robby during which the gang eats junk food, plays truth or dare, watches the Argentinian Bachelor, and engages in other time killing activities that felt a bit like babysitting. Robby strips down to his boxers on a dare (hot), James Taylor shoves a ton of fries in his mouth (not hot), and Chase continues to be rewarded for bringing NOTHING to the table.

James Taylor plays a super manipulative “nice guy, only kidding around” move and “teases” that Robby has been checking out Argentinian women and is generally a louse. Cool move, bro!  JT knows that his days are numbered and is pulling out pathetic moves to make Robby look bad. Leave him alone, bud, Robby can make himself look bad all on his own! Jojo and Robby have a heart to heart outside during which he explains that his last relationship was “all wrong” and they dated for almost 4 years then broke up RIGHT before he came on the show. Jojo asks him point blank if he’s ready to be engaged and if he has gotten over that relationship and Robby responds that he has “definitely moved on” as he chokes back tears, so NO, he obviously hasn’t.  I hope that Jojo sniffs him out and sends him packing soon because he is NOT over his ex and ALSO he always looks like he just stepped out of a tanning bed which is strange and gross.

Chase registers ZERO emotion while telling Jojo that he wants to spend the rest of his life with her and James Taylor basically admits that their connection is mostly friendly and sweet but not HOT. Jojo agrees and politely says that James has “all of the qualities that I would want in a husband” and I wonder if James could see goodbye in her eyes.

Somehow Robby scores a rose which leaves James and Chase in a shared downward spiral.

Luke and Jojo’s 1:1 date is next and Luke is playing the game to perfection, saying that this isn’t about dates anymore, it’s about family, reality, life. Oh Luke, how about you take me back to your farm and you lift weights and chop wood while I cook for you?  WAIT—what just happened? I may need to go lie down for a spell.  Luke goes on to talk about how breaking a horse requires being perceptive and goodness gracious does he sound like the kind of “strong and steady” that Blake Shelton was singing about in Honebyee, huh? I am drinking the pop culture Kool Aid with that reference!  They do some skeet shooting, we get a montage of horses, then they drink in a barn.

Before we know it, it’s rose ceremony time and the boys are riding in an open air, horse drawn carriage to the ceremony SANS cocktail party, which makes Chase and James Taylor very anxious. Jojo has another gorgeous, bold look: a black, sparkly gown (with strange neckline/front part that looked a LIL Ice Capades, but I’ll take it) and a maroon lip color.

Robby already has a rose because Jojo’s a sucker for a white guy who looks like he got just a LITTLE too much sun every day of his life.  Then she hands out roses to…

So James Taylor’s time has come, or as Brett Michaels used to say on Rock of Love: his tour ends here. Jojo and James cry and say goodbye, then he gets into a van to head back to the Taylor compound where James Taylor’s dad, James Taylor, is probably cranking Fire and Rain to soothe his son’s broken heart.

Next week are Hometown Dates and I’m excited for a few things:
-to see Jordan’s family dynamics and what his older brother has to say about his other brother
-to watch Luke COWBOY UP, as we used to say in Red Sox Nation
-to watch Robby get booted (a girl can dream)

What are your predictions??

Also, listen to my pal Dava Krause and I discuss this episode on The Fantasy Suite:
https://itunes.apple.com/us/podcast/the-fantasy-suite/id1072808624?mt=2

Posted by Selena Coppock at 8:54 AM