Last night was many things: a gloomy, rainy Monday night, a night when I finally ate the lobster bisque that has been sitting in my kitchen for months, and a night of tight spandex and sequins, but not courtesy of “Dancing With The Stars.” It was the season finale of the Bachelor Pad, and ABC engaged in some shameless cross-promotion by having the three couples final competition be a ballroom dancing contest.

Like the section of “Dirty Dancing” when Baby and Johnny practice until they are sweaty & glistening (then Johnny plays “Cry To Me” on his record player, if my memory serves), the three couples were dancing hard and working up a sweat. Elizabeth resembled a yellowy orange ball of freckles and bad haircolor, plus she was super insecure (always a turn-on) and Kovacs looked stunned and scared. David and Natalie were intense and a little too candid about their nighttime activities. Tenley and Kiptyn were working hard and it showed at the competition.

The competition! ABC turned the driveway of the Bachelor Pad into a faux ballroom, complete with OTHER Bachelor rejects as judges. ABC’s shameless cross-promotion is criss-crossing the world like an early 90s child rap group in backwards pants. The “celebrity judges” were Melissa Rycroft, Jake “I Chose a Piece of White Trash As My Bride-To-Be Then Acted Stunned When She Turned Out To Be Trash” Pavelka, and Trista (who wrote the book on self-promotion and scoring free crap from network TV). They all give our scores that are across-the-board way too high, but I guess they’re just being nice and trying to boost their fellow reality TV show loser friends.

Kiptyn and Tenley go first and absolutely nail it, setting the bar VERY high. Up next we have Elizabeth and Kovacs, who are absolutely atrocious and literally forget part of their dance. Painful to watch. David and Natalie close it out, and aren’t horrible, but also mess up their dance. No surprise when Kiptyn and Tenley are declared the winners of the competition. Now they get to pick which couple will go with them to the final four. Note that we don’t know what the “final four” will be or if there is another competition or anything. So Kiptyn and Tenley don’t really know what traits would be good or bad in their fellow “final four” couple and are making a selection based on zero criteria. Weird.

They go with David and Natalie, for whatever reason. Elizabeth and Kovacs leave in separate limos and both feel that they didn’t win the money, but they each say they “won” a great relationship out of this whole thing. That sentiment lasts about as long as the commercial break, as the show then cuts to all of the former housemates in a studio and Elizabeth and Kovacs now HATE each other. Love is a fickle mistress—especially on reality TV.

Kiptyn and Tenley make a dramatic entrance, as do David and Natalie and everyone looks a bit too tan and done-up. Especially David. What happened, my favorite reality TV thug!? Now your hair is weird and flat and in your face, which makes you look a lot like Sam the Eagle (the blue bird muppet from Sesame Street), not the hot psycho I’ve had a crush on for years. You’ve changed, Hot Psycho. 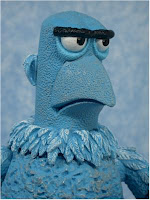 We hear a lot of smack-talking out of everyone.
-Gia and Wes publicly make-out and he sings “Love Don’t Come Easy” (OF COURSE HE DOES! This guy is like a robot of bad, fake country music).
-Gwen admits her age (39) and David makes a joke about her “??” age listed on the show (ouch).
-Michelle says that she hates Tenley and won’t vote for her.
-Tenley responds with her standard sticky sweet schtick, which is REALLY tiresome.
-Krisily and Jessie both stare at David longingly.
-Wes continues to profess his love for Gia and it’s painfully obvious that he’s jockeying for a show about their relationship (no dice, kiddo).
-Elizabeth has returned to brunette, which looks MUCH better.
-Peyton’s hair looks like a blonde dream.
-Gia and Chris Harrison make a joke about fantasy suites that had me genuinely laughing. But perhaps it was the bottle of white wine that I was putting back.
-Weatherman continues his “I swear I’m hetero” ruse.

The housemates then vote on the couple who they want to win the money and David and Natalie win it. I thought that Kiptyn’s final plea that he would donate 20% of the winnings to charity would sway the votes his way, but somehow it didn’t. Somehow, David’s no-bullshit attitude and Natalie’s strategizing won them some fans, and their former housemates vote accordingly.

Then David and Natalie are lead to separate rooms, where they can decide to either KEEP or SHARE the $250,000 prize money. If they both pick SHARE, then they share the money. If one picks SHARE and the other picks KEEP, then the KEEP person gets all of the money. If they both pick KEEP, then the rejected housemates divide up the $250,000 prize. Interesting ending, but you know how it’s going to wrap up. David reveals that he has chosen SHARE. Natalie acts nervous and says, “You get your friends as far as you can get them, then you take care of yourself” or something cryptic like that. Then she reveals that she has also chosen SHARE (and was probably pushed by the producers to make it seem like she had chosen KEEP there for a split second). Everyone hugs and (inevitably) gets bronzer on their clothing from all that face-to-clothing contact.

Oh, sweet sweet Bachelor Pad. I will miss your somewhat tawdry spirit and hot thugs. What shall I do now on Monday nights? My favorite Total Body Conditioning class at NY Sports Club and then Intervention? Yeah, probably.
Posted by Selena Coppock at 8:25 AM